Recent Advances in the Treatment of Depression

“Recent Advances in the Treatment of Depression”

Depressive disorder is a mental disorder characterized by relapsing episodes which often develop eventually into chronic depression associated with high rates of disability and death by suicide. Because of its high prevalence, depression is the No1 cause of disability because of mental illness.

As most mental disorders, the onset of depression is during young adulthood, although it could manifest for the first time at any age. Psychotic symptoms, either congruent or non-congruent are not uncommon as well as cognitive impairment and significant disability. A significant proportion of patients will never recover completely and repeated hospitalizations or life-long protective living might be necessary for some. However the majority of patients will live a functional life, however with significant difficulty, distress and misery.

Social problems such as long-term unemployment, poverty, homelessness, exploitation, and victimization as well as problems with the law are commonly correlated with depression, and especially with its non-classic forms, which are complicated by the presence of personality disorders, substance and behavioral dependences, irritability and anger, as well as with hostility especially in psychotic cases. The treatment includes medication, along with psychotherapy, counseling and social rehabilitation.

The WPA webinar on Depression clinical  management will be addressed mainly to the clinical doctors, who would like to enrich their practical experience in the treatment of Depressions in order to bring our patients back to their families and even to their job.

During the upcoming webinar you will have a unique opportunity not just to listen to the experts, but also to discuss your questions during Q&A sessions. 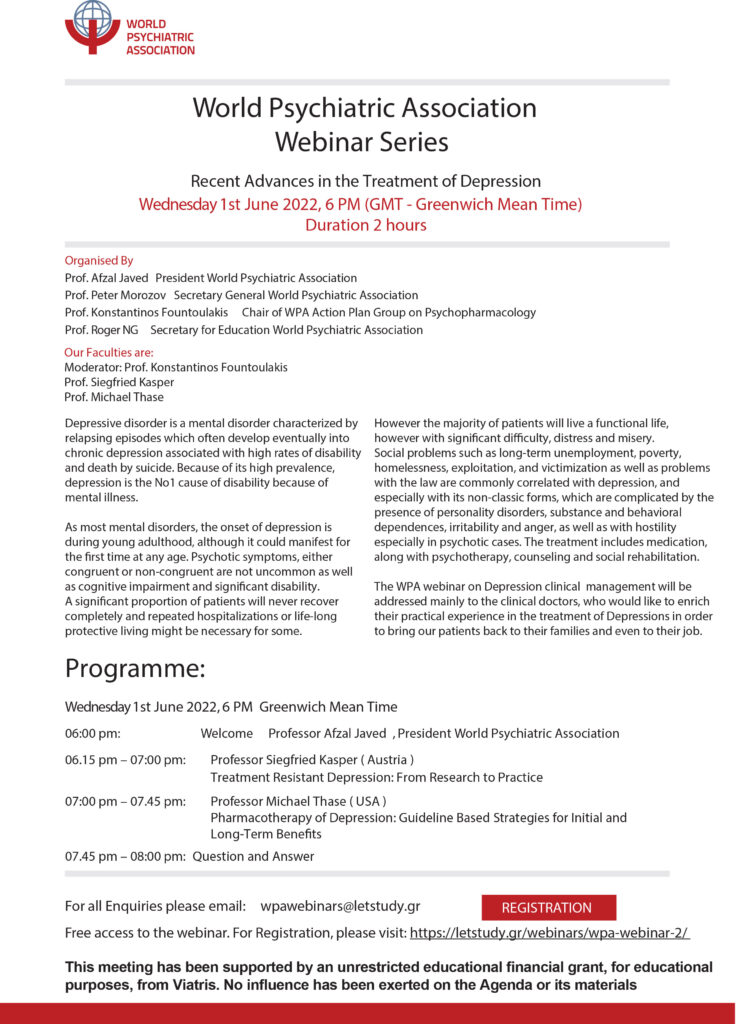 Dr. Kasper published more than 600 in PubMed listed publications (Google: Citation Index: 51.746; Hirsch-Index: 112, i10-index: 719) and more than 250 books or book chapters, in various areas of psychiatry. He concentrates on the biological bases of mental disorders and their possible treatment approaches. Furthermore, he has conducted studies in psychopathological as well as clinical areas. Dr Kasper is a frequent national and international speaker and continues to be actively involved in research programmes studying depression, anxiety, psychosis, and dementia.

"Pharmacotherapy of Depression: Guideline Based Strategies for Initial and Long-Term Benefits"

Michael E. Thase is Professor of Psychiatry in the Department of Psychiatry of the Perelman School of Medicine of the University of Pennsylvania, and is also a member of the research faculty of the Corporal Michael J Crescenz Veterans Affairs Medical Center in Philadelphia.

A 1979 graduate of The Ohio State University College Medicine, Professor Thase completed internship, residency, chief residency, and post-doctoral training at the University of Pittsburgh Medical Center (UPMC), where he subsequently rose to the rank of Professor of Psychiatry and Chief of the Division of Academic Adult Psychiatry before moving to Philadelphia in 2007.

Professor Thase also is a Founding Fellow of the Academy of Cognitive Therapy, and a member of advisory boards for the Anxiety and Depressive Disorders Association, the National Network of Depression Centers, the Depression and Bipolar Support Alliance and the American Foundation for Suicide Prevention. One of the world’s most highly cited psychiatrists, Professor Thase’s 1000+ peer reviewed publications and book chapters, including a number of citation classics; the award-winning Learning Cognitive Therapy is among the 18 books that he has authored, co-authored or co-edited.

Professor Thase’s research has been continuously funded by federal agencies since the mid-1980s and currently focuses on novel pharmacotherapies for difficult to treat depressive disorders, as well as strategies to improve the dissemination and implementation of cost-effective forms of cognitive behavior therapy. 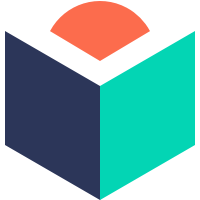